There has been so much speculation on the mysterious black triangle UFO for many years. Many sightings recorded from the…

There has been so much speculation on the mysterious black triangle UFO for many years. Many sightings recorded from the public and high profile witnesses are still being treated frivolously today.

We delve into the mystery later on in this article. We will provide concrete proof that something has been flying above our heads that does not look or act like a conventional aircraft.

The first recorded sighting of the black triangle UFO was in Belgium during the year 1989.

Multiple witnesses reported sightings of what looked like a flying black triangle in the sky during November 1989. The sightings increased over the coming months and carried on into 1990 when up to 140 people claimed to have seen the UFO.

As the public was watching the skies at this unusual craft, the Belgian Airforce knew of the strange visitation.

They scrambled several F-16s to investigate the strange craft but couldn’t see anything in the skies over Belgium.

It’s as if the craft knew they scrambled the jets so became invisible.

Later at 11 pm on 30th March, the jets scrambled again, and this time locked on to the object but turned out it locked them on to each other and not the mysterious black triangle UFO.

Was the Black triangle UFO playing games with the F-16s?

After hearing many testimonials from eye-witnesses who claim to have seen the UFO, the media picked up on the stories. You can imagine the media were as skeptical as they are today. With so many multiple witnesses and photo evidence of the craft, the media could not ignore the story.

What was the mysterious black Triangle UFO?

The majority of the UFO community believe these black triangles are of extra-terrestrial origin. There is a very large sign they could be right but in recent times it has proven the black triangle spacecraft to be of human origin.

Over recent times we have involved the US military in “Black Projects”. The constant stories, TV documentaries and media publications have investigated Area 51 and you should all know about Area 51 so we won’t go into this subject too much.

The proof about crashed UFOs at Area 51 is only a theory but if it is true, then this will explain the alien technology used in these Black projects. The surprising element to this story is that there is a Patent for this flying black triangle online if you Google: US20060145019A1.

This will bring you to the page–Triangular Spacecraft. You will read about the patent and the invention.

Some UFO researchers have claimed to know the name of this craft. The TR3b is the buzzword for this mysterious black triangle UFO. The patent page does not mention this name anywhere, but it explains how this machine flies and the technology involved.

It’s a fascinating read and you can download the PDF file here. 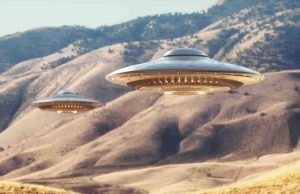 There is still a mystery behind this Black triangle UFO, how we received this technology, and where it came from?

Speculation is still very strong regarding the possibility we reverse engineered crashed alien craft. It’s possible that this could have been the case but will we ever know?

With so many more news stories appearing in mainstream media about extra-terrestrial life, it’s inevitable we will know the truth sooner or later.

This question is; Are they are all man-made or extra-terrestrial?

Let us know your thoughts and leave a comment below.