8D Music | The Magical Way Of Listening To Music

Just when you thought the conventional way of listening to music was enough, 8D Music arrives. For many years we…

Just when you thought the conventional way of listening to music was enough, 8D Music arrives.

For many years we have listened to music in our homes from loudspeakers and headphones. The smartphone has revolutionized listening to music from platforms like Spotify and Apple music with those distinctive headphones.

Artists and record companies spend vast amounts of money and time getting the sound to a high standard. The recording is then sold to the consumer once mastered.

The quality of the sound has to have a level of “commercial essence”. The music then finds its way onto streaming platforms and in music stores.

There have always been different methods of hearing the music. One recent trend has been popular on the music underground for the last 6 months. 8D Music is the new listening pleasure for millions of music lovers. 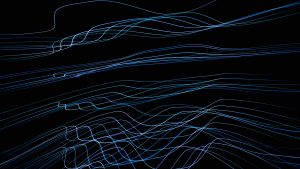 What is 8D Music?

Throughout history, we have enjoyed music in a live environment and is still popular today with many artists touring right up to old age.

The sound of live music has always had a certain quality which sounds reverberated because of live venues and rooms.

You can tell when something is live as it has this quality to the music. There’s a vast difference between a live sound recording and a studio recording.

8D music has a certain character to the sound that replicates a live recording and pans from left to right in your headphones and speakers.

There seems to be a vast stereo width going on in the music and heavy stereo pan which makes the music sound very ethereal. It’s almost 3 dimensional in the headspace environment and listening on headphones has the best effect.

8D Audio is continuously changing direction and appears to come at you in all directions. It’s a weird experience and makes the listener feel strange after continuous listening.

What’s the purpose of 8D Audio?

Listening to 8D Music in headphones can give you the illusion that the sound is all around, above and below you sending the listener into a different dimension.

Whether there are 8 dimensions to the sound is another debate, but it feels and sounds different.

Some listeners claim the sound can give you hallucinations but that may just be a bunch of teenagers trying to seek attention. Sound frequencies can help alter states of consciousness and well-being.

Music has proven to change moods and calm the mind or the opposite (depending on the style).

We spoke to a few of these young listeners recently and they say we should listen to the music to in binaural, or high-quality headphones for the best results. Listening to 8D Audio at moderate levels is better than listening in loud volumes.

The listener can experience out-of-the-body feelings and feel somewhat immersed in the music which they don’t always get when they listen to music normally.

There is a dedicated YouTube channel to 8D Music and the creator of this new concept didn’t realize how popular it would become. Some songs converted to 8D Audio have had over 20 million views on the channel.

Check out some songs on the YouTube link below and have a listen through high quality or binaural headphones.

Let us know what you think in the comments.